I’m curious what others think about the deletions that are regularly showing up in sequenced 2022 monkeypox genomes. As I understand it, Nextstrain doesn’t really look at these, since it’s built on the covid framework where large deletions were assumed to be sequencing errors more often actual deletions.

I noticed that everything our lab sequenced here in the midwest USA had two deletions: a gap between 133164-133173, and a gap between 150551-150567. Looking at the BED files for our consensus sequences, this seems to be an actual deletion, not a sequencing artifact. I also noted that a few of the sequences I downloaded from GISAID had similar deletions.

When I looked at my phylo trees for these traits, some comments:

I’m curious what other people think about these, or other common deletions I haven’t spotted yet. 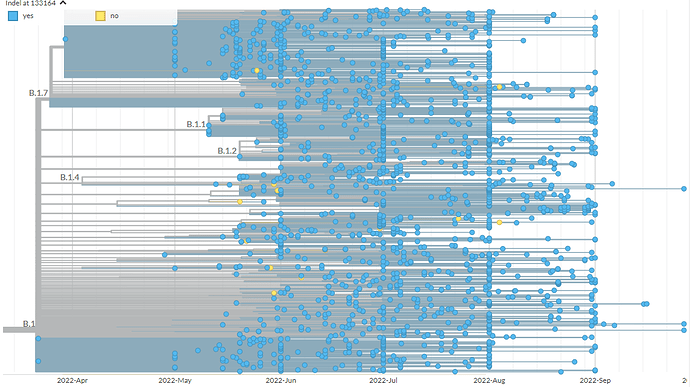 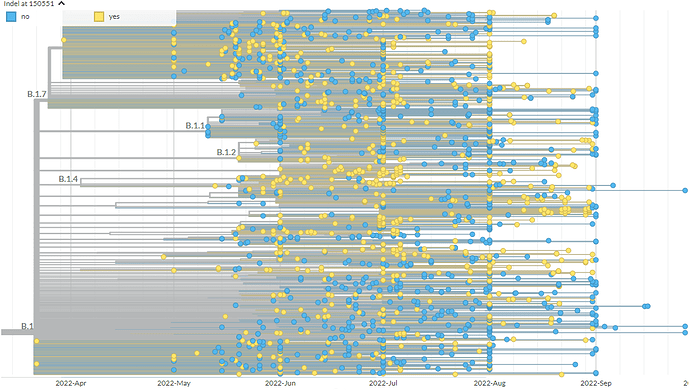 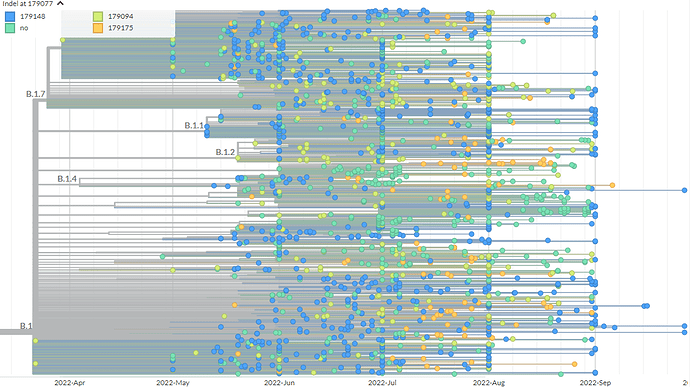